Virgin Media, in partnership with Manning Gottlieb OMD released its first 3D virtual reality campaign. An extension of the VIVID 200 house party TV ads and 360 digital campaign, the one of a kind 3D virtual reality film invites consumers to step inside a Virgin Media party and uses narrative techniques to involve the viewer as they move through the crowd.

Virgin Media became the first major advertiser in the UK to tell a brand story based on its TV ad campaigns using live action film and a moving VR camera. This is combined with motion graphics and 3D sound to create a truly immersive experience.

The film begins with the viewer entering the VIVID House Party. They are then led through the party towards the DJ and are greeted by the partygoers around them, filmed using a moving robotic buggy – again, a UK first for VR film. After an accident causes the party to grind to a halt, the viewer saves the day thanks to Virgin Media’s VIVID 200 broadband by connecting to Spotify to restart the party.

The film was shot and directed in collaboration with Vision3, and leading VR technology company Jaunt VR

Read more about it here. 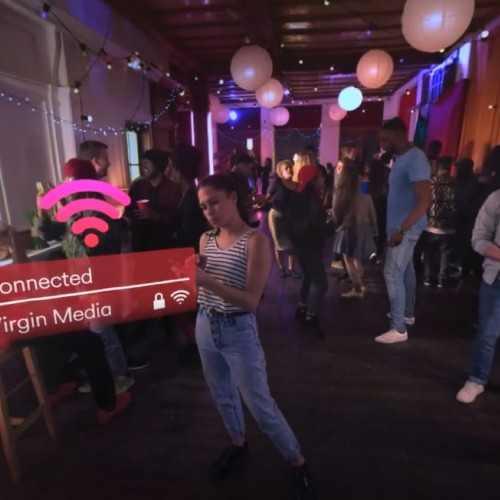 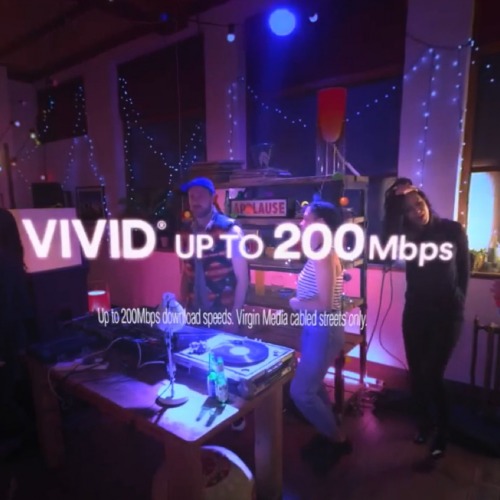